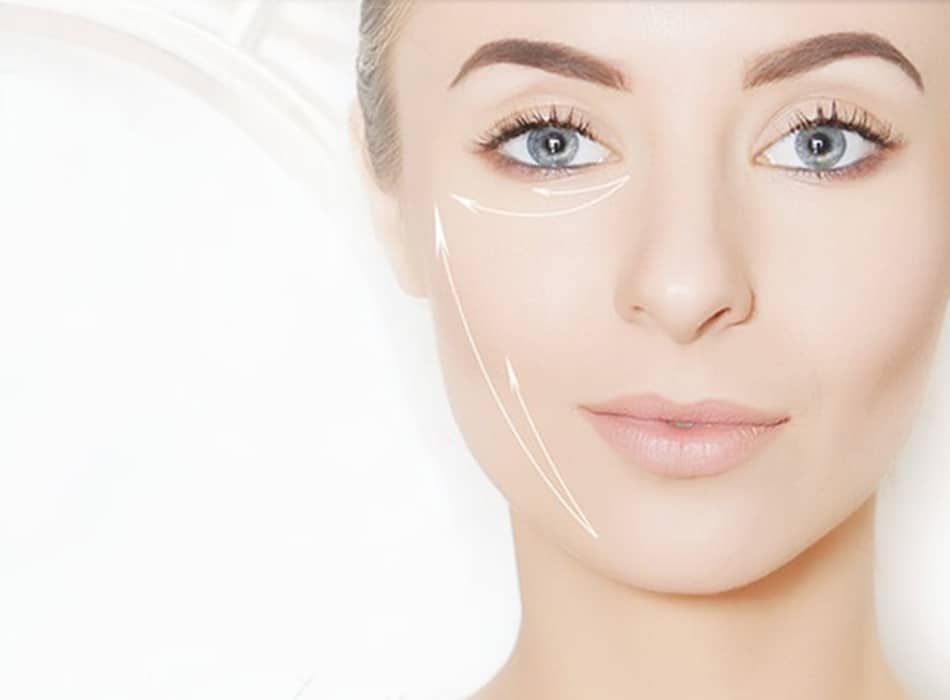 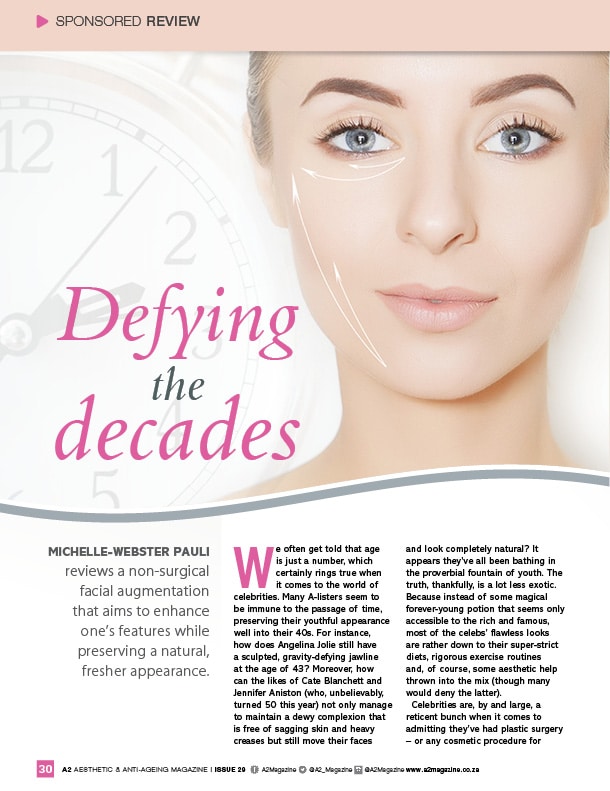 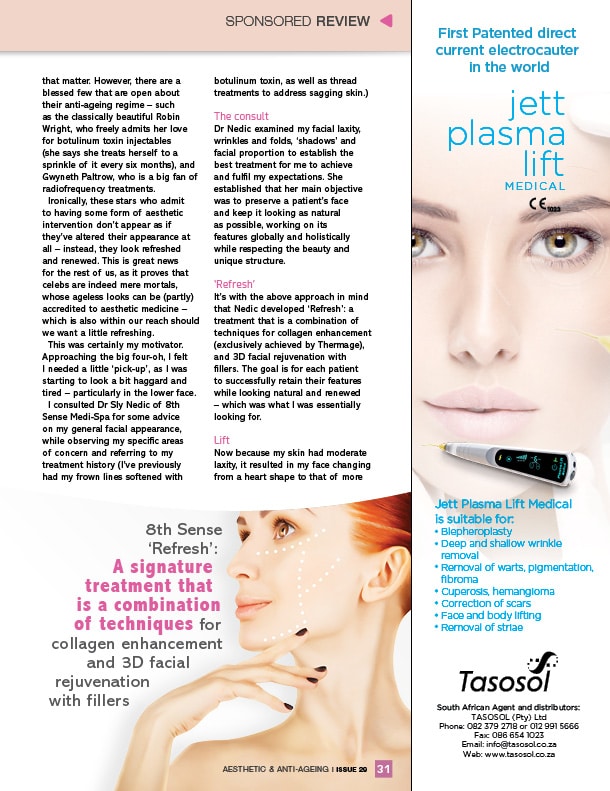 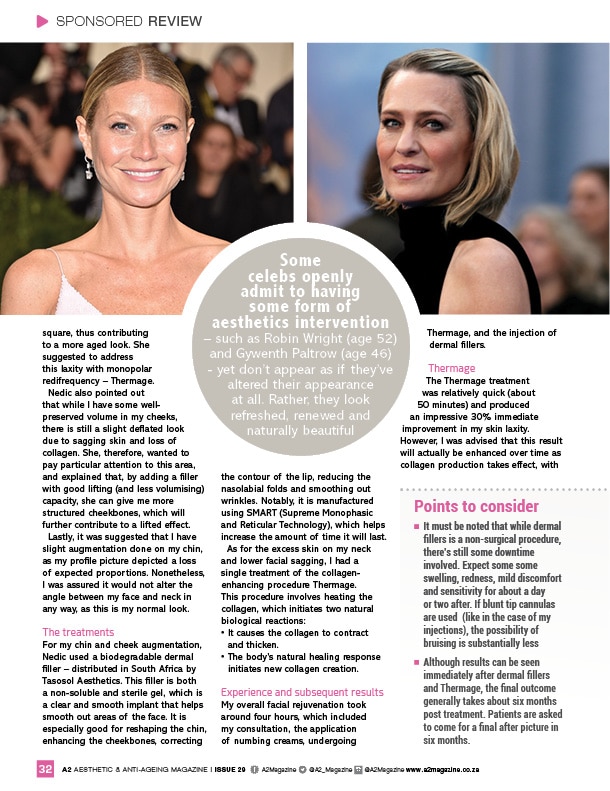 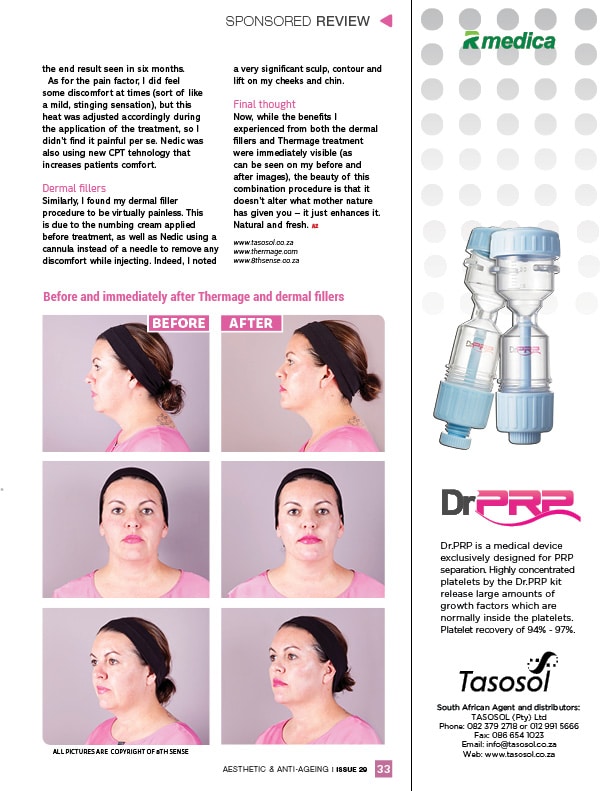 We often get told that age is just a number, which certainly rings true when it comes to the world of celebrities. Many A-listers seem to be immune to the passage of time, preserving their youthful appearance well into their 40s. For instance, how does Angelina Jolie still have a sculpted, gravity-defying jawline at the age of 43? Moreover, how do the likes of Cate Blanchett and Jennifer Aniston (who, unbelievably, turned 50 this year), not only manage to maintain a dewy complexion that is free of sagging skin and heavy creases – but can still move their faces and look completely natural? It appears they’ve all been bathing in the proverbial fountain of youth.

The truth, thankfully, is a lot less exotic. Because instead of some magical forever-young potion that seems only accessible to the rich and famous, most of the celeb’s flawless good looks are rather down to their super-strict diets, rigorous exercise routine, and of course, some aesthetic help thrown into the mix (though many would deny the latter.)

Celebrities by and large are a reticent bunch when it comes admitting they’ve had plastic surgery – or any cosmetic procedure for that matter. However, there are a blessed few that are open about their anti-ageing regime – such as the classically beautiful Robin Wright, who freely admits her love for BonTA injectables (she says she treats herself to a sprinkle of it every six months), and Gwyneth Paltrow, who is a big fan of radio-frequency treatments.

Ironically, these stars who admit to having some form of aesthetics intervention don’t appear as if they’ve altered their appearance at all – instead, they look refreshed, renewed. This is great news for the rest of us, as it proves that celebs are indeed mere mortals, whose ageless looks can be (partly) accredited to aesthetic medicine – which is also within our reach should we want a little refreshing.

This was certainly my motivator. Approaching the big 4.0, I felt I needed a little ‘pick-up’, as I was starting to look a bit haggard and tired – particularly in the lower face.
I consulted Dr Sly Nedic of the 8th Sense for some advice on my general facial appearance, while observing my specific areas of concern and referring to my treatment history (I’ve previously had my frown lines softened with BonTA, as well as thread treatments to address sagging skin.)

Dr Nedic examined my facial laxity, wrinkles and folds, “shadows” and facial proportion to establish the best treatment for me to achieve and fulfill my expectations. She established that her main objective was to preserve a patient’s face as close to natural looking as possible, working on its features globally and holistically while respecting the beauty and unique structure.

It’s with the above approach in mind that Nedic developed ‘Refresh’: a treatment that is a combination of techniques for collagen enhancement and 3D facial rejuvenation with fillers. The goal is for each patient to successfully retain their features while looking natural and renewed – which was what I was essentially looking for.

Now because my skin had moderate laxity, it resulted in my face changing from a heart shape to that of more square, thus contributing to a more aged look. Nedic also pointed out that while I have some well-preserved volume in my cheeks, there is still a slightly deflated look due to sagging skin and loss of collagen. She, therefore, wanted to pay particular attention to this area, and so explained that by adding a filler with good lifting capacity (and less volumizing), she can give me more structured cheekbones, which will further contribute to a lifted effect.

Lastly, it was suggested that I have a slight augmentation done on my chin, as my profile picture depicted a loss of expected proportions. Nonetheless, I was assured it would not alter the angle between my face and neck in any way, as this is my normal look.

For my chin and cheek augmentation, Nedic used a biodegradable dermal filler – a product disturbed in South Africa by Tasasol Aesthetics. This filler is both a non-soluble and sterile gel, which is a clear and smooth implant that helps smooth out areas of the face. It is especially good for reshaping the chin, lines on the chin, correction in the contour of the lip and reducing the nasolabial folds. Notably, it is manufactured using SMART (Supreme Monophasic and Reticular Technology), which helps increase the amount of time it will last.

As for the excess skin on my neck and lower facial sagging, I had a single treatment of the collagen enhancing procedure, Thermage. This procedure involves heating of the collagen which initiates two natural biological reactions:

My overall facial rejuvenation took around 4 hours, which included my consult, the application of numbing creams, undergoing Thermage and the injecting of dermal fillers.

The Thermage treatment was very quick (about 20 minutes), and produced an impressive 30% immediate improvement in my skin laxity. However, I was advised that this result will actually be enhanced over time as collagen production takes effect, with the end result seen in six months. As for the pain factor, I did feel some discomfort at times (sort of like a mild, stinging sensation), but this heat was adjusted accordingly during the application of the treatment, so I didn’t find it painful per se.

Similarly, I found my dermal filler procedure to be virtually painless (the numbing cream applied before treatment really helped), and noted a very significant sculpture, contour and lift on my cheeks and chin.

Now, while the benefits I experienced from both the dermal fillers and Thermage treatment were immediately visible (as can be seen on my before and after images), the beauty of this combination procedure is that it doesn’t alter what mother nature has given you – just enhances it. Natural and fresh.

Disclaimer: Treatment results will vary on a patient to patient basis. No guarantees can be made.